Growing up in Melbourne, Australia gave Mark a wonderful opportunity to experience a wide variety of live music and it didn’t take long before he was hooked. Classical orchestras, chamber ensembles, opera, folk, jazz, blues and rock legends, indigenous music, German electronica and post-punk new wave synth Britannia….. Mark is a lover of music in all its forms.

Acting upon his interest in vinyl replay, in the late 1970’s Mark began to service and repair broken record players. He started purchasing used Idler Drives (Garrard and Commonwealth decks), replacing worn parts and hand-building plinths from Australian hardwoods. Eventually he worked on a spectrum of different designs from around the world, each time studying how other designers had created solutions to deal with the challenges of analogue playback.

His approach was to look at various designs and ask questions like “how does it work?”, “why is a mechanism there?” and most fundamentally, “what problem is the designer trying to solve”? Using this analytical process, Mark built a significant body of knowledge that became the foundation of his evolving innovative thinking.

In 1982, Mark joined an Australian airline as an Engineer and Reliability Analyst. He worked under the tutelage of some of the most accomplished aeronautical engineers in Australia. For the next 13 years, he became exposed to a rich mixture of hands-on engineering, theoretical modelling, IT disciplines and systems thinking.

Applying some of these advanced engineering practices, Mark eventually began building his own turntables. Just like aircraft engineering, he discovered that over-complexity in design usually leads to performance deterioration and reliability issues. Focussing on ‘functional simplicity’, Mark’s research indicated that not all parts in commercial record players and pickup arms provided sonic benefits. In fact, many materials and design choices had deleterious effects on the sound. 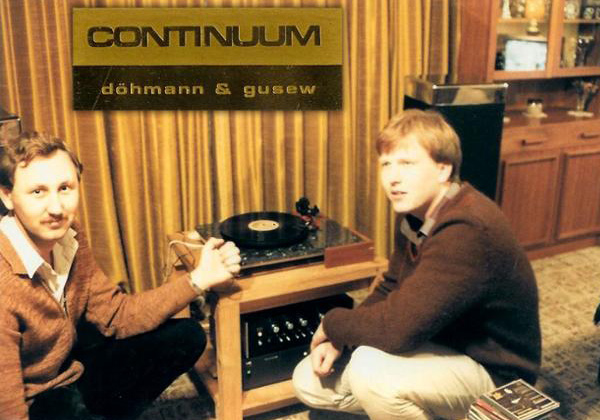 Later that year, Mark teamed up with a close friend who was highly skilled with electronics and who shared similar tastes in music and sound reproduction. Together they designed and built their first reference turntable called the “CONTINUUM” by Döhmann and Gusew. This was Mark’s first commercial product and benefited from the significant engineering facilities and resources available at the aviation workshop he worked at.

The “CONTINUUM” by Döhmann & Gusew soon gained a reputation for outperforming a lot of established high-end tables and audiophiles from around the world started ordering bespoke tables. Mark still has several customers who run these original tables. 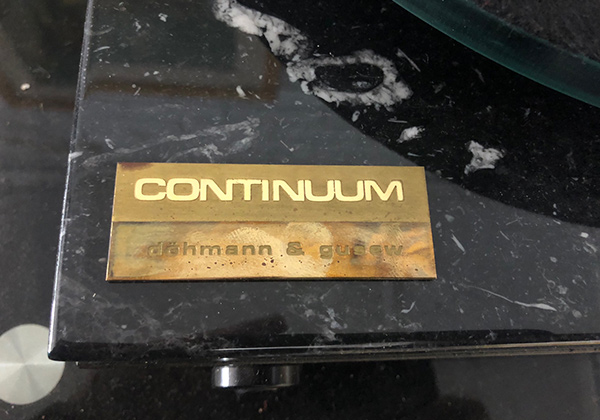 In 1986, Mark met a customer who wanted to explore what an ‘ultimate’ table would sound like and was willing to fund the development of a no-holds-barred table including vacuum hold down functionality. He engaged Mark to pursue this design with a significant development budget. Mark had the rare opportunity to experiment and have parts made from the best performing materials, regardless of cost. When finished, this table incorporated several innovations in mechanical design, which addressed the problems Mark had seen in older sub-chassis suspended tables, which had the belt drive motors fixed on separate non-suspended planes. When this project was finished, many experienced audio industry people and prominent audiophiles commented that analogue replay had evolved to a new level.

To solve the challenges of analogue audio, Mark explored state-of-the-art engineering solutions applied to other industries such as medical imaging, electron microscopy, nano technology measurement and aerospace design. The resulting Helix One turntable incorporated multiple design solutions that had never been applied to turntable design before, including innovations and new technologies around isolation & resonance mitigation. 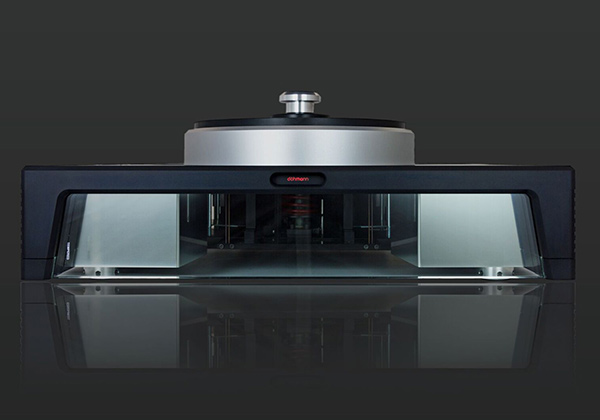 The Helix One Turntable

The Döhmann Helix One turntable was launched ahead of schedule in May 2015 by the distributor ‘Audio Union’ at the Munich High-End show to critical acclaim. Based on its unique engineering design principles and amazing sound quality, it received a lot of attention from the public and the audio press and was reviewed by Michael Fremer in the March 2016 (Vol.40 No.3) Edition of Stereophile.

“no turntable in my experience comes close to its sonic performance and you are guaranteed to hear your favourite demo LPs, indeed all of your LPs, as you’ve never before heard them.”
Michael Fremer (Stereophile)

This review and many others that followed highlighted the genuine advances in analogue playback performance found in the Helix One with the Schroder CB tonearm. Sonically the table was universally considered by the audio press and experienced audiophile customers as being in the top echelon of players available at any price.

Following the success of the Helix One and the second model released in 2017, the Helix Two, Mark decided to re-structure the Döhmann Audio brand. In 2018, George Moraitis and Jim Angelopulos joined the company, bringing a new level of business experience, resources and investment to the team. The research, development and assembly of all Döhmann Audio products is now done in Australia by Mark and his technical team and the brand will now focus on delivering an exceptional customer experience around the world.

In 2018, Mark was awarded the Sound and Vision ‘Lifetime Achievement Award for Services to Analogue and Industry’.

He’s often seen at international hi-fi shows, sharing his thoughts with enthusiasts and fellow designers about how further improvements can be realised. When asked if there are any new products or new innovations & design ideas in his plans, he responds with a twinkle in his eye “Absolutely! I can’t wait to show you”. 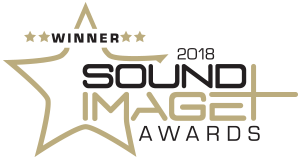